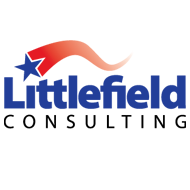 Brent Littlefield has won tough political campaigns and helped influence public policy for over three decades, impacting voters and policy at all levels of government.

Having worked as a political director for a national business organization, as an aide on Capitol Hill, as a strategic adviser to elected officials, and for decades on numerous successful state and federal campaigns, Littlefield is a sought-after voice on politics and conservative public policy.

The front page of the Washington Post Election Day edition described Brent Littlefield as a then “baby-faced 27-year-old campaign veteran who works his cell phone as he drives from the northern coast of Massachusetts to the rolling hills of rural Pennsylvania.” That was 1998; and Littlefield had already worked on Capitol Hill and for multiple federal and state level candidates.

In the decades that have followed Brent has helped elect GOP Governors, Congressmen, Senators, and other officials throughout the country in addition to his work helping impact public policy in the halls of Congress and with State Legislatures. 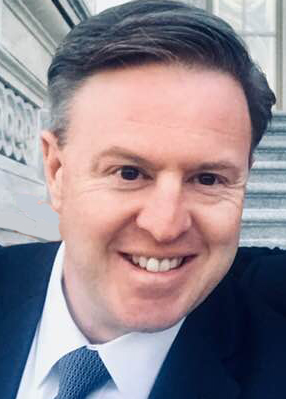 In an Associated Press profile, published under headlines “adviser’s savvy helped win election,” and “political wiz,” Littlefield was credited with the victory of Governor Paul LePage of Maine. At the time, the only Republican Governor in all New England, Littlefield created the campaign’s strategy and message deployment that drove LePage to a 21-point victory in a seven-way primary and a substantial win in the general election. Littlefield served as a Senior Political Adviser to the Governor throughout his terms and as his adviser and consultant again in his 2014 re-election victory which saw LePage receive the largest number of votes in the state’s history at that time.

Littlefield also helped propel former Congressman Todd Rokita to a victory in his 2020 Indiana Attorney General’s race, earning Rokita the largest number of votes of any candidate in Indiana electoral history; a race which saw Rokita first defeat the sitting Republican incumbent in a Convention.

After successfully helping Jeff Landry defeat a well-funded primary opponent, and former state Speaker of the House in Louisiana, in their primary, he helped Jeff win the general election for Congress and then later go on to defeat the sitting incumbent Attorney General to win the office statewide.  Littlefield also drove the 2019 re-election victory and continues to serve as an Advisor to Landry who served as both Chairman of the Republican Attorneys General Association and the National Association of Attorneys General.

With a trend of winning tough elections, Littlefield was responsible for electing the only Republican in Congress in all New England in both the 2014 and 2016 elections with Congressman Bruce Poliquin.  He elected the first black woman elected statewide to the Pennsylvania Superior Court, Judge Cheryl Allen.

In local and regional efforts Littlefield helped the New York State Senate hold a Republican Majority in 2014 with the over $1 million local election campaign of Tom Croci on Long Island and his re-election in 2016. Littlefield has won judge races in multiple Louisiana Parishes. In addition, he and his firm have been involved in Legislative PAC and independent expenditure efforts helping capture or hold Legislative seats.

Littlefield Consulting has received numerous awards including Gold and Silver American Association of Political Consultants “Pollie” Awards and the national Reed Award from Campaigns and Elections Magazine for his creative work on behalf of Republican candidates and conservative-leaning associations.  National Ballotpedia lists Littlefield as a “Top Influencer” on their site.

At a young age, Brent started in media, working as a radio personality, television producer, and with a local NBC network affiliate. Those experiences led to involvement with campaigns and being hired to work on the State Senate Republican Caucus efforts in his home state. From there he went on to work on the campaigns of a Governor, campaign staff for a future U.S. Senator and Congressional candidates before moving to work as an aide on Capitol Hill.  Later he served at the National Federation of Independent Business, NFIB, where he worked to level the playing field for pro-small business candidates and to promote IRS tax code reform.

Brent has been sought by leading news sites as an analyst and commentator. He has appeared on the national FOX News Channel, the Wall Street Journal, MSNBC, FoxNews.com, Breitbart, National Public Radio, NEWSMAX, the Financial Times, the national Hearst TV Washington Bureau, and large numbers of local outlets including the Miami Herald, Bangor Daily News, Charlotte Observer, Indianapolis Star, Baton Rouge Advocate, Boston Globe and on numerous regional radio shows. He has been cited as a source in all major Capitol Hill news sources: Politico, Roll Call and The Hill. He has also appeared in Campaigns & Elections.

Littlefield has been a guest lecturer at the Leadership Institute and at American University’s Center for Presidential and Congressional Studies. He has been a member of the National Association of Republican Campaign Professionals (NARCP) and the Republican State Committee of Maine.